1. When did Dr. Ekman first travel to New Guinea, resulting in providing the strongest evidence to date that certain facial expressions are universal? Dr. Ekman traveled to Papua New Guinea to study the nonverbal behavior of the Fore people. He chose these people as they were an isolated, Stone Age culture located in the South East Highlands. He made two trips, one in 1967 and later in 1968 and discovered strong evidence of universality of some facial expressions of emotion as well as why expressions may appear differently across cultures. Learn more about his discovery here.

2. What is the name of the emotional training program Dr. Ekman helped create with other emotion scientists at the request of the Dalai Lama? Cultivating Emotional Balance (CEB) is a training program designed to increase happiness within yourself and in relationship to others. CEB integrates wisdom traditions, contemplative sciences, modern psychology, and scientific emotion research into a secular platform for human transformation. Learn more about its origins and everyday applications here. Dr. Ekman worked with clinical cases in which patients lied about their emotional state. He studied patients who claimed they were not depressed and later committed suicide. Upon examining films of the patients in slow motion, Dr. Ekman and Dr. Friesen spotted micro facial expressions, which revealed strong negative feelings the patient was trying to hide. Learn to spot these expressions with our online micro expression training tools.

4. Which two Hollywood hits did Dr. Ekman serve as scientific advisor on? Dr. Ekman served as Scientific Advisor to the hit Fox show Lie to Me and the popular Disney Pixar movie Inside Out. For Lie to Me Dr. Ekman analyzed and critiqued each episode’s script and taught the cast and crew about the science of deception detection. The main character, Dr. Cal Lightman, is also loosely based off of Dr. Ekman. For Inside Out, Dr. Ekman created this Parents’ Guide to spur conversation about how we feel, as we each can experience emotions differently. This parents’ guide also has a few tips that may help parents and children better understand themselves. 6. Before Dr. Ekman's findings in New Guinea there was an important ongoing debate about whether facial expressions were universal or culturally specific. Who were the main figures representing the two sides of this theoretical argument? When Dr. Ekman first started his research he didn't have a stake in proving either side right, he simply wanted to settle the argument and recognized the opportunity to settle a very old and important question. The evidence for this research had to be sought in visually isolated groups who could not have learned the meaning of facial expressions from exposure to the media or outsiders. Thus, Dr. Ekman traveled to the highlands of New Guinea to find such people in 1967 and 1968. In his studies, Dr. Ekman obtained what he and most of the scientific community considered definitive evidence of universality of six emotional expressions: anger, disgust, enjoyment, fear, sadness and surprise. (Dr. Ekman later added contempt to this list). Read more about this and Dr. Ekman's other important discoveries here.

7. What is the term Dr. Ekman coined to account for the difference in how people express themselves in public and in private? Through continued cross-cultural studies, Dr. Ekman noticed that many of the apparent differences in facial expressions across cultures were due to context. To describe this phenomenon, Dr. Ekman coined the term display rules: rules we learn in the course of growing up about when, how, and to whom it is appropriate to show our emotional expressions.

8. Which isn't a name of one of the books Dr. Ekman has written? Dr. Ekman has written a dozen books and authored almost 200 academic journal articles, though so far none are called What's in a Face. Maybe the next one!

9. What is one of Dr. Ekman's all-time favorite movies? Read more about the answer to this question and more fun facts about Dr. Ekman's personal and professional life here.

10. After five decades of research how did Dr. Ekman translate his findings into something that could be easily accessed to benefit the public? 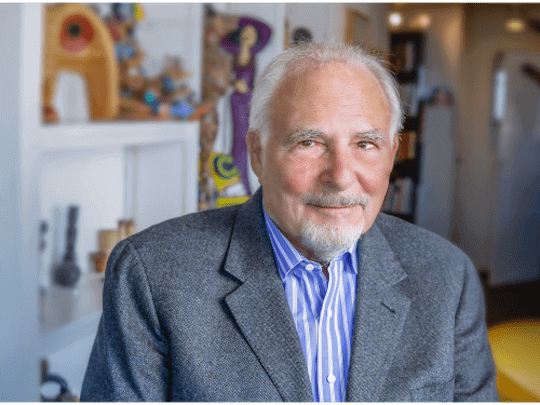 After retiring from his work as a professor, Ekman's next goal was to translate his research into helpful resources for the general public. To do so, he formed the Paul Ekman Group (PEG) to provide online training tools and formed Paul Ekman International (PEI) to deliver in-person workshops.