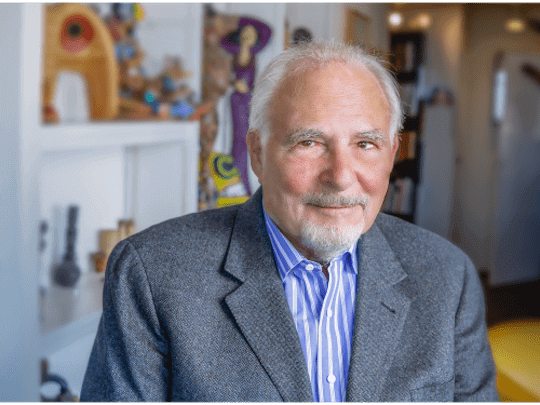 I’m Paul Ekman. Welcome to the first post of my blog on our new website!  This past year has been exciting as we’ve improved our training products and created new ways for you to connect with us. Our training tools have been expanded and refined, and our most popular modules (Micro Expressions and Subtle Expressions) are now iPad-compatible. We’re hoping to hear from you, so go to the connect page and send us your thoughts.

I’ll be writing about the latest research, news, relevant developments in the field, and asking some tough questions that I hope young researchers will tackle with gusto. Members of the Paul Ekman Group will post about our latest ventures (and adventures), and they’ll be fielding questions for me that you, our readers, submit by using the hashtag #AskEkman on Facebook and Twitter. We’ll also be inviting guests to share their opinions with us from time to time.

The Science of Emotions, Expressions, and Deception

Some of you know me because I am credited with establishing that basic emotions are universal, as are their expressions. Decades ago, while working in Papua New Guinea, I realized, contrary to other anthropologists like Margaret Mead, that emotional expressions are not a culturally specific learned behavior. Later, I became known as co-founder of microexpressions, those blink-of-an-eye facial expressions which give us clues as to whether someone is trying to conceal an emotion. When someone may be trying to hide something (or is unconsciously worried about revealing “too much”) it important to learn how to “read” what’s not said through words. So I focused on developing tools to teach that skill.

Others of you know me as the scientific expert behind the FOX series “Lie to Me”, which featured Cal Lightman, the “world’s leading deception expert, a scientist who studies facial expressions and involuntary body language to discover not only if you are lying, but why.”

My whole life as a researcher and author I’ve paid attention to how humans communicate. Through facial expressions, gesture, voice, and even silence, we communicate our feelings. Learning more about this universal language has been my life’s work, and helping others to delve into the many questions that arise is my passion. From deception detection to compassionate connection, the Paul Ekman Group looks forward to providing resources and relevant fodder for a lively ongoing discussion. Our topic? How to better recognize and respond to each other in meaningful way.

Make sure you subscribe to receive alerts when we’ve posted something new. To get involved with the Paul Ekman Blog you can submit questions to me via ‘AskEkman@paulekman.com’ or on Twitter or Facebook (use hashtag #AskEkman along with your question).

Have an idea for the PEG blog? We welcome collaboration! Just email us.